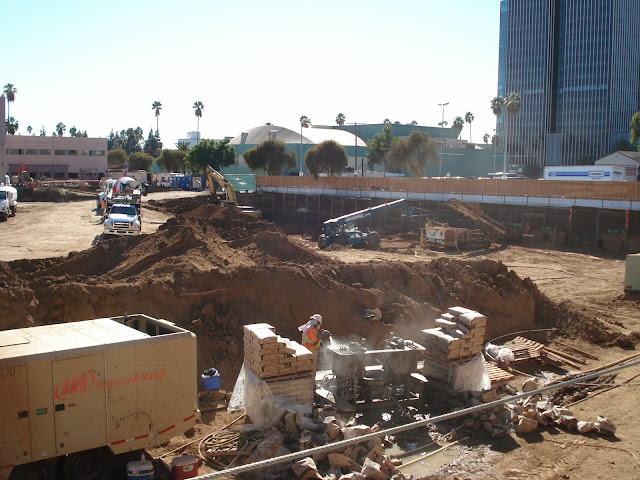 When we last saw the Columbia Square project in August, I wondered if the site was being readied for construction.  We now have an answer, as excavation has started for Kilroy Realty's $300 million re-development of the former CBS Studios.  The parking lot on the northern side of the parcel is making way for two new office buildings and a 22-story residential high-rise, set to create 330,000 square feet of office space and 200 apartments.  The new buildings will sit atop a four-and-a-half level subterranean parking garage (?!).

The adaptive re-use of Columbia Square's original 1938 buildings began over the summer.  Construction crews are currently gutting the interiors of the William Lescaze designed complex to repurpose it as creative office and commercial space.  I feared that the fire which damaged the construction site in September might have delayed the project.  Sometimes it's nice to be wrong.